George Floyd MURDER: How it Happen? 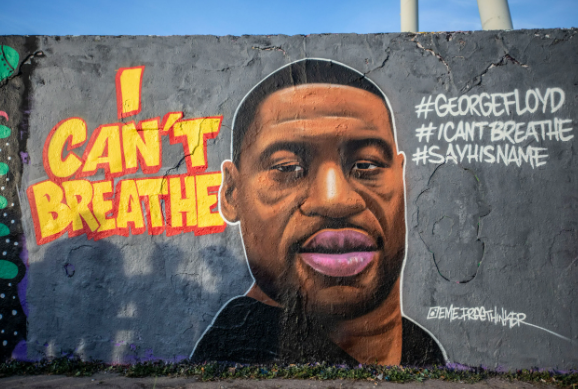 On 25th May 2020, George Floyd, who works as a temporary bouncer in Minneapolis, was buying a pack of Cigarettes at Cup Foods grocery store in Chicago Ave, MN, before the clerk at the store raised concern over a fake $20 bill Floyd was using.

The clerk was forced to ring the police when Floyd refused to give up the cigarettes. Shortly after the cops arrived, they began speaking to Floyd before handcuffing him. A scuffle ensued when the officers tried to put George Floyd in the car, where they forced him to the ground.

In a viral video that circulated online, a police officer identified as Derek Chauvin is seen kneeling on Floyd’s neck for more than 9 minutes as three other officers stand by. In the video, Floyd is heard telling the officer, ‘I can’t breathe’ minutes before he became unresponsive. He was rushed to the hospital an hour later, where he was pronounced dead.

Floyd’s death sparked nationwide riots in the US, with citizens from different states coming out to protest. Irate protestors have damaged various installations. Minneapolis police precinct was set ablaze by protesters, and there has been a spate of looting and destruction in different states.

Rioters in DC were seen advancing towards the White House, which has forced President Trump to scare protesters by threatening to bring in the military. All the four officers in the George Floyd Murder clip have been fired, with the main culprit Derek Chauvin charged with manslaughter and third-degree murder. Details that have emerged show Chauvin has had a bad record with 17 complaints in his 18-year stint at Minneapolis Police Department.

Tesla CEO Elon Musk replied to a Twitter video of Floyd’s brother addressing a crowd with a tweet ‘Definitely not right that the other officers were charged with nothing. What message does this send in general to officers who stand by while another does wrong? #JusticeForGeorge.’ Former President Barack Obama has condemned the violence being witnessed through a series of tweets and shared his advice on how to make Floyd protests a turning point. More politicians and celebrities are coming out to condemn police brutality and also demand justice for George Floyd.

This has been the slogan used by those who attended the Minneapolis protest and protesters from other states. The motto is associated with two African American citizens who died in the hands of rogue police officers. Those were the dying words for Eric Garner, who was murdered in 2014, and George Floyd (2020).

Black organizations in Minneapolis and protestors from other states have rallied behind this slogan to condemn the brutal killing of unarmed black men and other police brutality cases witnessed in the United States. The Black Lives Matter movement has also been vocal in campaigning against systemic racial profiling and violence meted on African Americans.

The movement started as a Twitter Hashtag in 2013 following the acquittal of George Zimmerman, responsible for shooting a black teen, Trayvon Martin.

Several other human rights groups have been vocal in championing for the rights of African Americans and bringing an end to systemic racism and violence meted on them. We Can’t Breathe Organization has been at the forefront in demanding justice for George Floyd and fighting for black lives.